[Text below is adapted from the DOCOMOMO website] October 8 2011 was the fifth annual DOCOMOMO US National Tour Day providing exclusive access to the architecture and interiors of the Modern Movement. The knowledge of local experts and enthusiasts paired with the resources of the national community of preservationists, architects, and educators combine to create exciting and enriching tours.

DOCOMOMO is an acronym for the DOcumentation and COnservation of buildings, sites and neighborhoods of the MOdern MOvement. DOCOMOMO promotes the study, interpretation and protection of the architecture, landscape and urban design of the Modern Movement. It promotes the exchange of knowledge about this important legacy which extends from the planned city and the iconic monument to the house next door. The Modern Phoenix DOCOMOMO tours in 2011 focused on iconic commercial architecture and fan favorite homes featured on previous Modern Phoenix Home Tours. Three tours were presented in collaboration with the local chapters of IFDA and AIGA to coincide with Phoenix Design Week and DOCOMOMO National Tour Day. 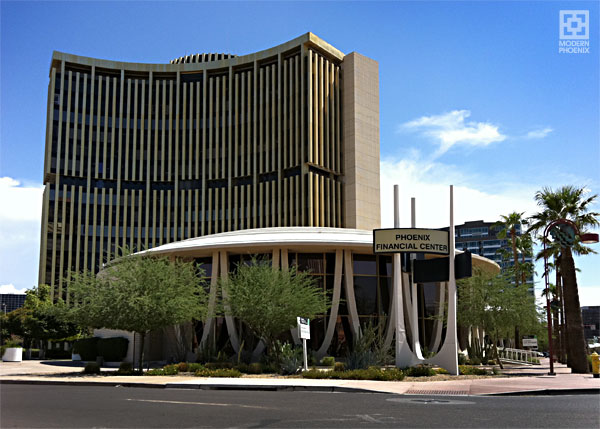 Bank specialist Donna Reiner gave some background on Sarmiento and the bank's history to our group.

One of the rotundas was being renovated, so we got a special sneak peek at it in the raw.

The "money tunnel" connects the south rotunda to the bank offices in the main building.

An even more remarkable treat was getting access to the rooftop for one of the best midtown vantage points over the city.

Sunview Estates Remodel by Will Bruder 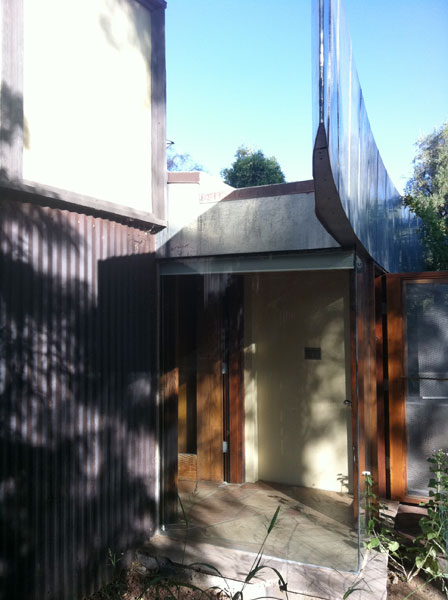 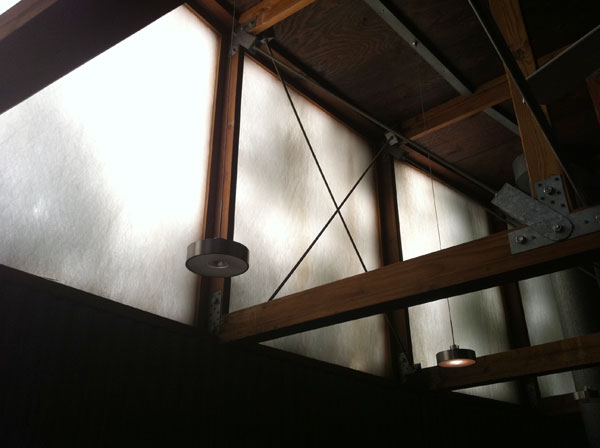 Architect Will Bruder met our group at one of his early 1970s era ranch remodels in Sunview Estates. 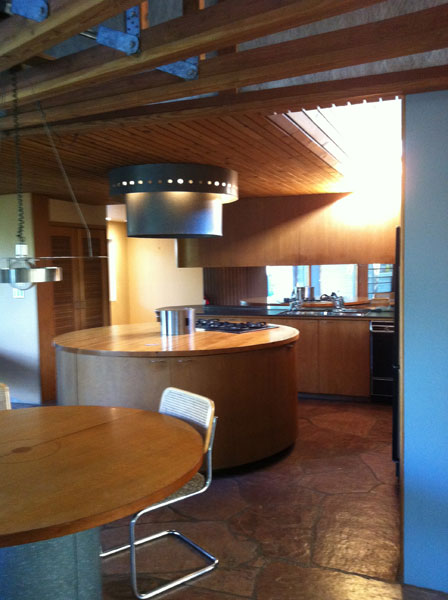 One of the homes featured on our website, the Breech Residence in the exclusive gated community Clearwater Hills, was a brilliant time capsule frozen in its 1960s era glory.

The custom home is typical of what developer Ard Hoyt was designing for upscale clientele in the late 50s and early 60s. The actual architect is unknown.

Architect James Trahan AIA of 180 Degrees hosted a little cocktail hour at his remodeled ranch home up in the hills of Sunnyslope.

Ponci and Delene Montoya hosted us at their Paradise Gardens remodel of an Al Beadle tract home.

Their movable carport that rolls in a radius around a huge ball hitch is always a huge hit.

Architect Frank Henry met us at the Valley National Bank Branch at 44th and Camelback (now Chase Bank) to describe how he designed the bank on pure speculation and then brought it to its perfect fruition.

Architect Frank Henry worked for Weaver and Drover at the time, and designed the bank as an independent side project.

Activist Dorina Bustamonte from Friends of Bimson Park explained to the group how the community fought back to prevent development of the open space next to the bank into condos. There is now a proposal to develop the space into Bimson Park with sculpture by John Waddel in honor of Phoenix banker Walter Bimson. 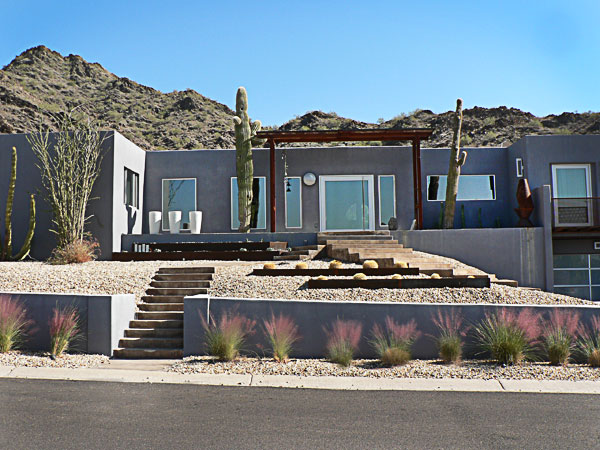 The Phillips/Lopez residence is an eclectic remodel of a 1970s Santa-Fe box that has been transformed into a modern dwelling by Mitch Phillips of Modern Living Environments. 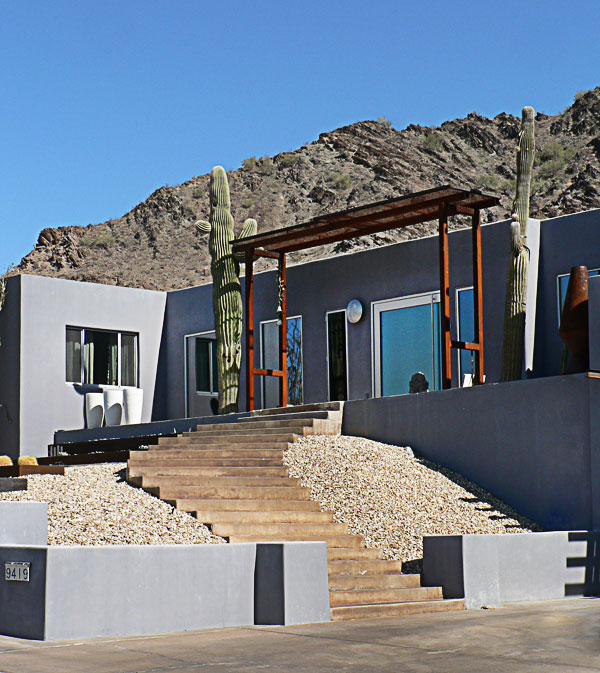 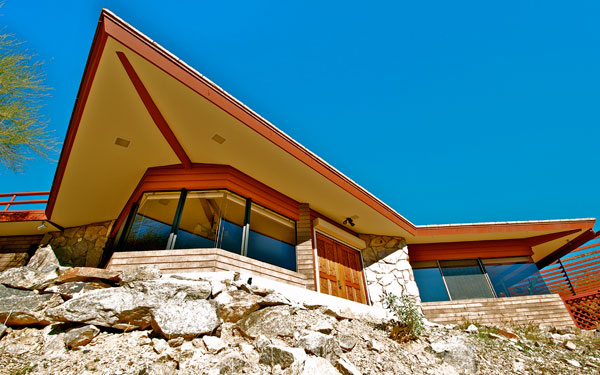 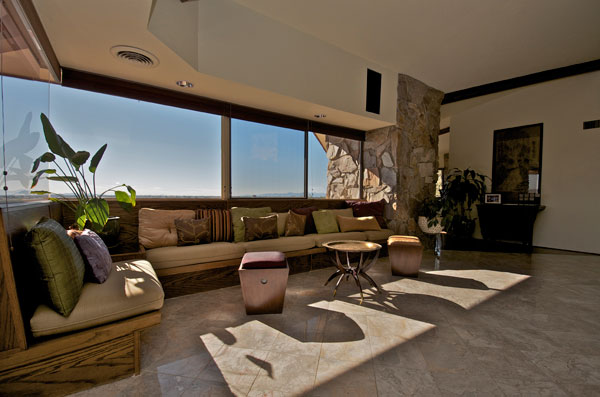 The Phillips/Marlowe Residence by Paul Christian Yaeger was a treat with its twisting staircase and ample hillside views of downtown Phoenix.