In 1955 Architect Ralph Haver's family became too large for his modest red brick home, so he joined several other architects, engineers, builders and construction professionals in the development of the Tonka Vista neighborhood. The second Haver family home is situated on 20th Street, and a few other Haver Homes dot the subdivision. A gorgeous vertical slot window treatment in the family room area and Copenhagen-style rustic milled wood ceiling characterize the Haver Family Home. Other prominent Phoenicians that either lived in or designed for Tonka Vista include Del Webb, Joe Ashton, Bishop White, Chuck Magadini, Burton Barr, Fred Guirey, and Al Beadle. 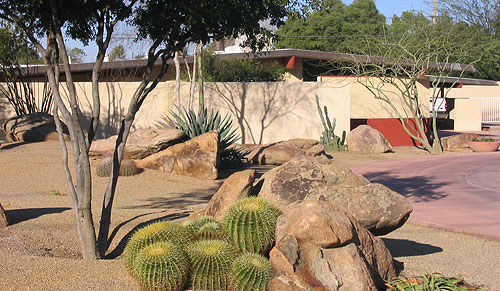 The 1955 home that Ralph Haver built for his family.

The Rose House by Ralph Haver with modifications by Joe Herzog of [merz] projekt. Formerly the Van Gorder home. 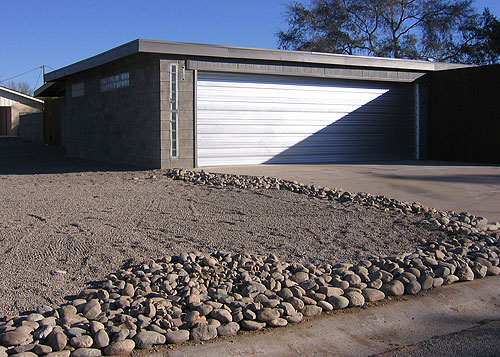 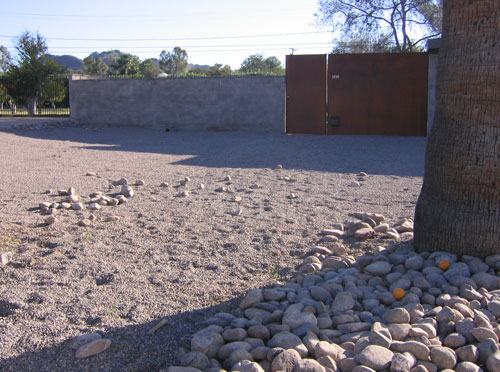 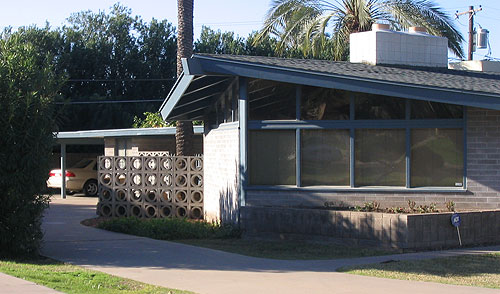 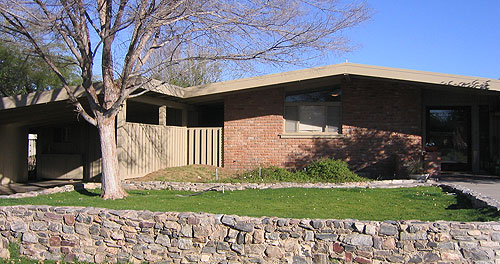 The Whitacre home (Later, Scharf home) by Fred Guirey in nearby Rocky Acres.

The "Modern Cottage" style Preston home was featured in the ad below as one of the first builds in the area. Note that Charles Preston was one of the area's developer's. Soon was inhabited by Tumbridge.

"When I was in the 4th grade we built a new and relatively huge home on north 20th street. It is still there in great condition at 6142 N. 20th Street. The neighborhood was nearly all builders and engineers. Across the street was Ed Varney, next door was Joe Ashton (president of Del Webb) and also in the neighborhood was Chuck Magadini, Engineer, Del Trailor the home builder and several other prominent folks.

The second family home was about 2000 sf and seemed huge. We all shared in the construction. The jobsite was where we spent our weekends for 6-8 months. The neighborhood was new and a paved private street was in front of us. The area had been citrus orchards for many years. The area is called "Tonka Vista" and it is now an exclusive limited access area due to the Piestewa freeway. In regards to the freeway, when we first went to the 20th street lot, dad drove us around the area. When we got over on 18th street dad explained that soon this would be a major highway (we didn't think in terms of freeways here then). This was about 1954. Dad was right, but about 25 years premature. If only the city fathers had had his foresight and intuitiveness.

The 20th street house was built on 1 acre. Like so many of Ralph's designs it had a carport, not a garage. The entire interior was redwood, very contemporary, with clerestory glass. The roof ceiling was identical to the original Lou Regester (now Copenhagen) on Camelback Road at 18th Street. It was a distressed exposed wood on edge, very dramatic. The house had a copper fascia, unpainted masonry and a gravel drive. Still a viable look. Obviously with a low pitched roof there were expansive covered patios. Once again brick, but this time a yellow clay. The patios were so big it again turned into a 2 year project. I recall dad paying 2 cents a brick as an incentive to get us to work on the patios after school.

We all did our part, but that was a lot of bricks. The house was unique in several ways. It had partitions at the bedroom that did not go to the ceiling. Very stylish in design, but eventually dad had to install glass at the partition for mom. She always like to sleep later, and 3 boys could be pretty noisy. When we were young and feisty we all had our scraps. It was considered normal that if I was chasing Steve to his room and he locked the door, I would just climb over the wall. I drove mom crazy, but 3 boys were just being boys." 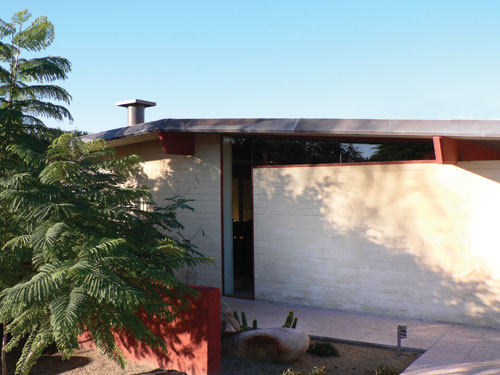 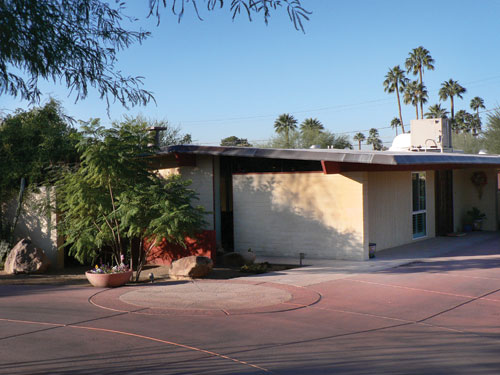 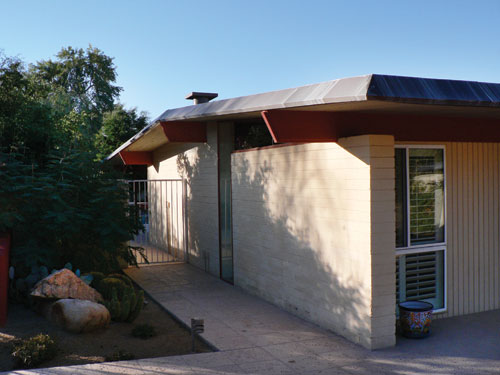 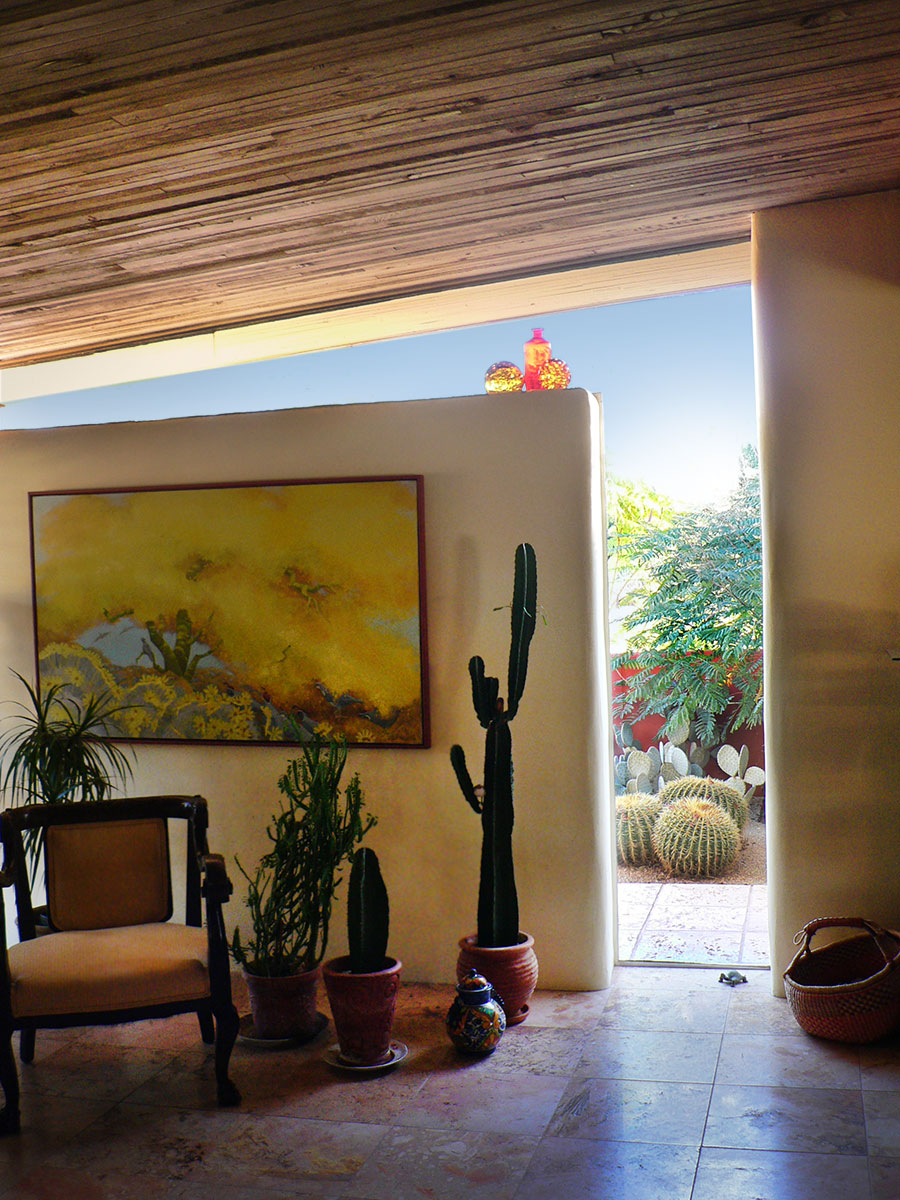 The almost-seamless slot window at the front of the home creates a magical illusion along the transition from indoors to out. 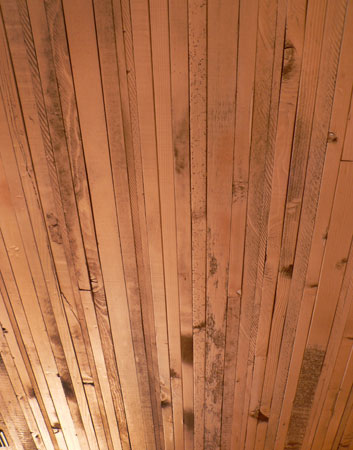 The entire ceiling is knotty 2X4 scrap set on edge and spiked together laterally. It is very functional from an insulation standpoint and consistent with the ceilings at Lou Regester and St. Vincent de Paul. 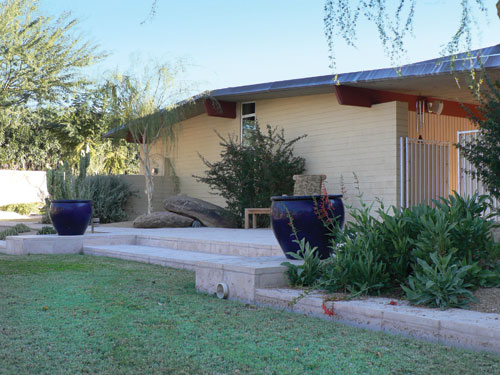 The rear of the home was clearly added on later, probably by Haver himself. 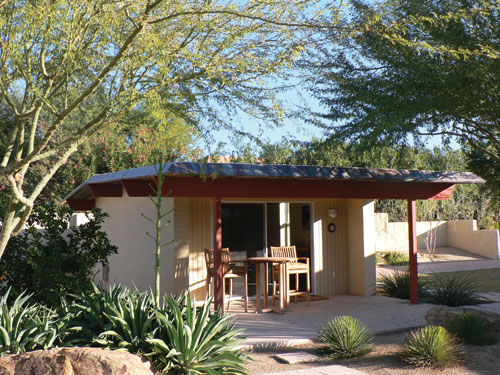 The shed out back was designed by the current homeowner using proportions from the original building, blending absolutely seamlessly with the rest of the compound. 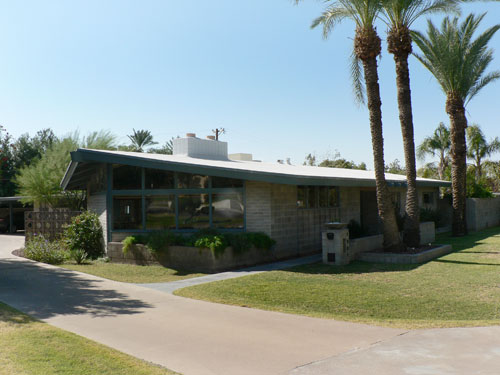 This home, a virtual playground of Superlite block construction, is currently of unknown origin. Speculation abounds whether is is an undocumented Drake, or a Haver Home. 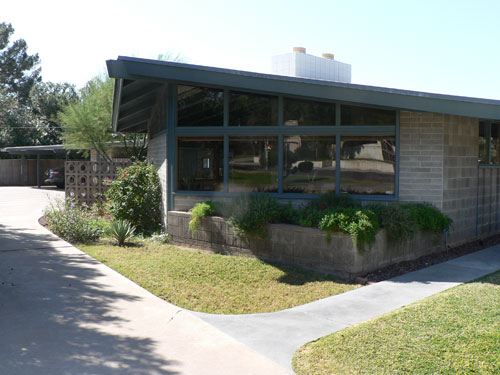 Either way, the home is expertly sited to capture the view of Squaw Peak in the picture windows. 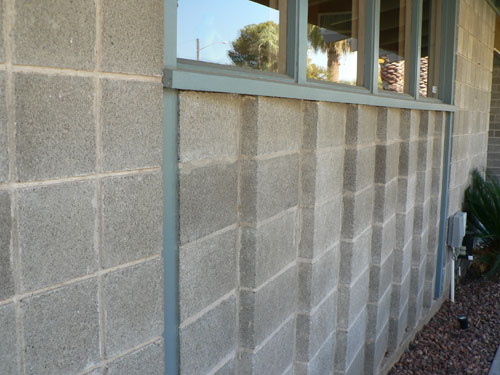 The variety of use of Superlite block sizes and patterns makes it a true demonstration home of the new building material's flexibility. It has also been left in its unpainted state, a classic Modern Phoenix touch. 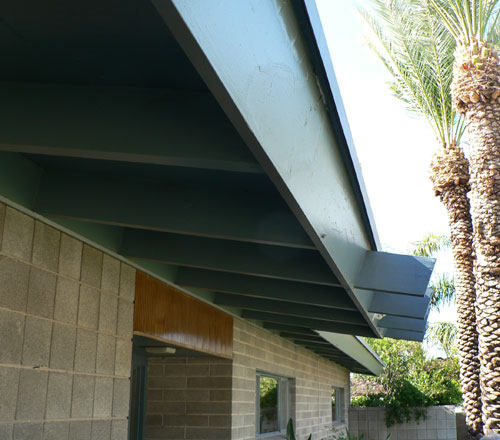 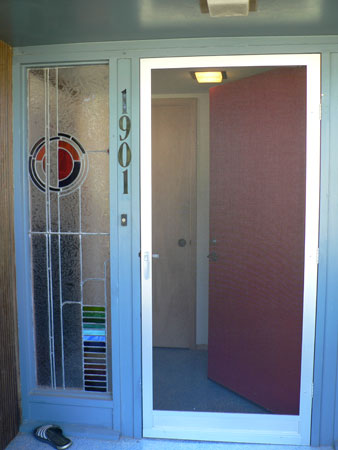 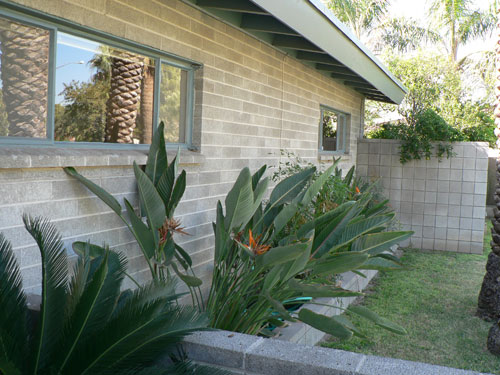