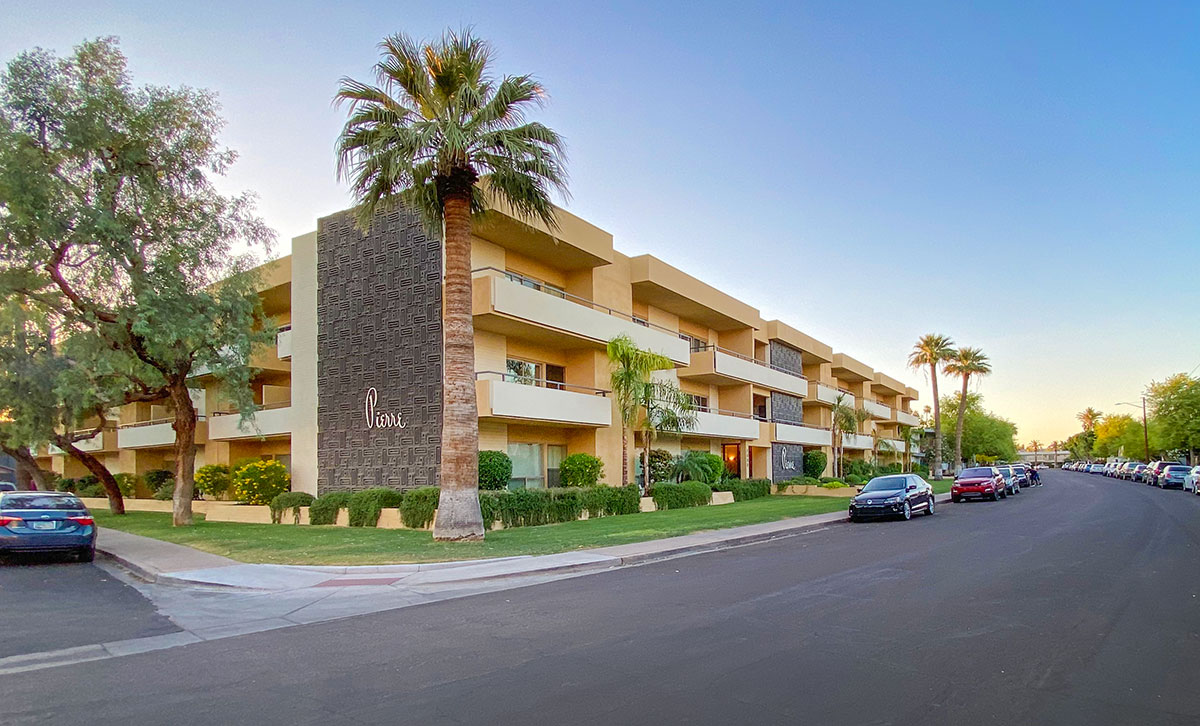 When it sprang on the market in 1961, this head-turning three-story apartment building boasted elevators, precast soundproof slabs between floors, and housed 25 units ranging from one to four bedrooms up to 2,200 sq ft. Ground level apartments enjoyed their own private patio while the rest had balconies. The Pierre was a more upscale continuation of Staman's development of the former Sportsman's Park Race Track, but performed under the new name of Staman, Fields and Co. 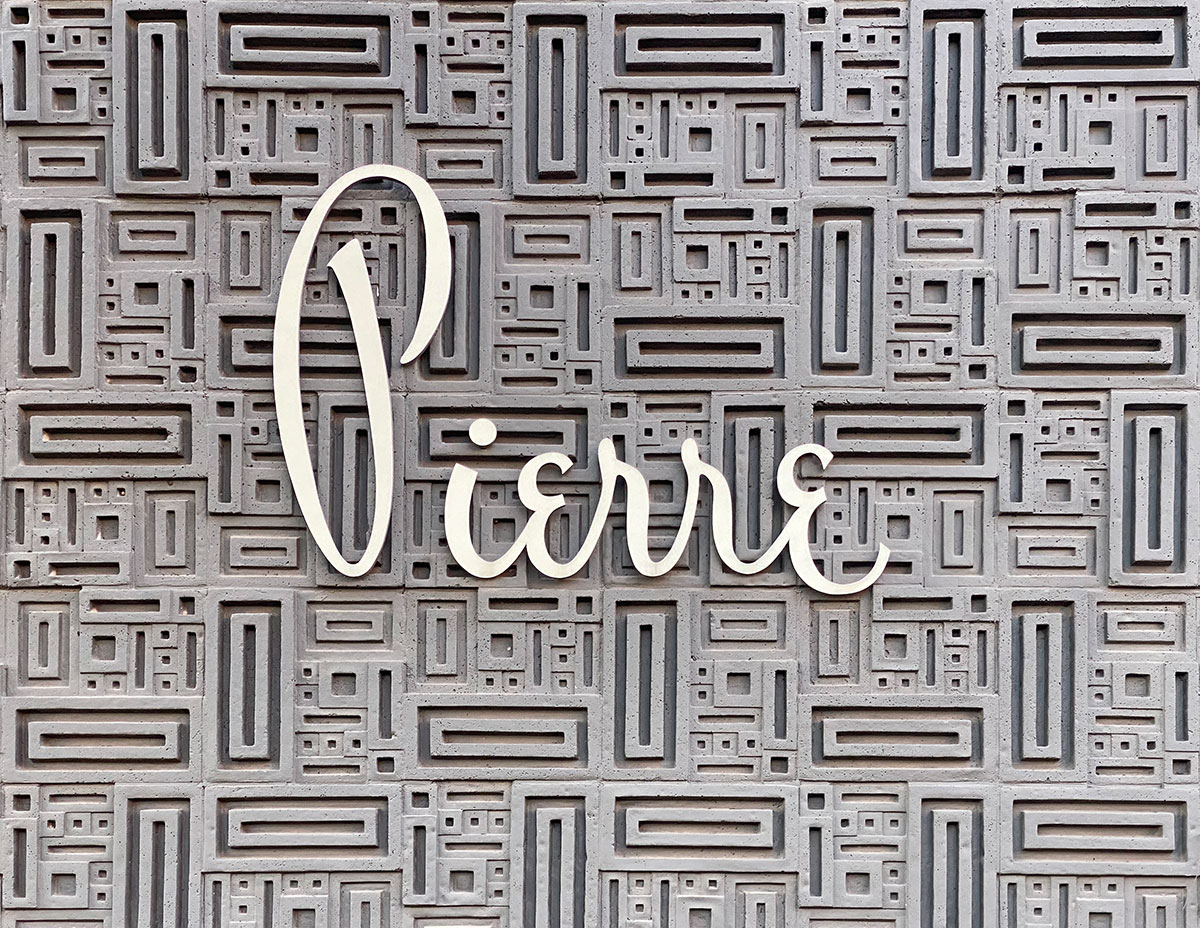 Many may have marveled at the glory of the beautiful bas-relief precast concrete panels at The Pierre, and wondered why more apartments in the city didn’t have such charming adornment. According to a 1961 article in The Arizona Republic, the molds for this sculptural feature were destroyed in order to ensure that the same motif would never be replicated again. 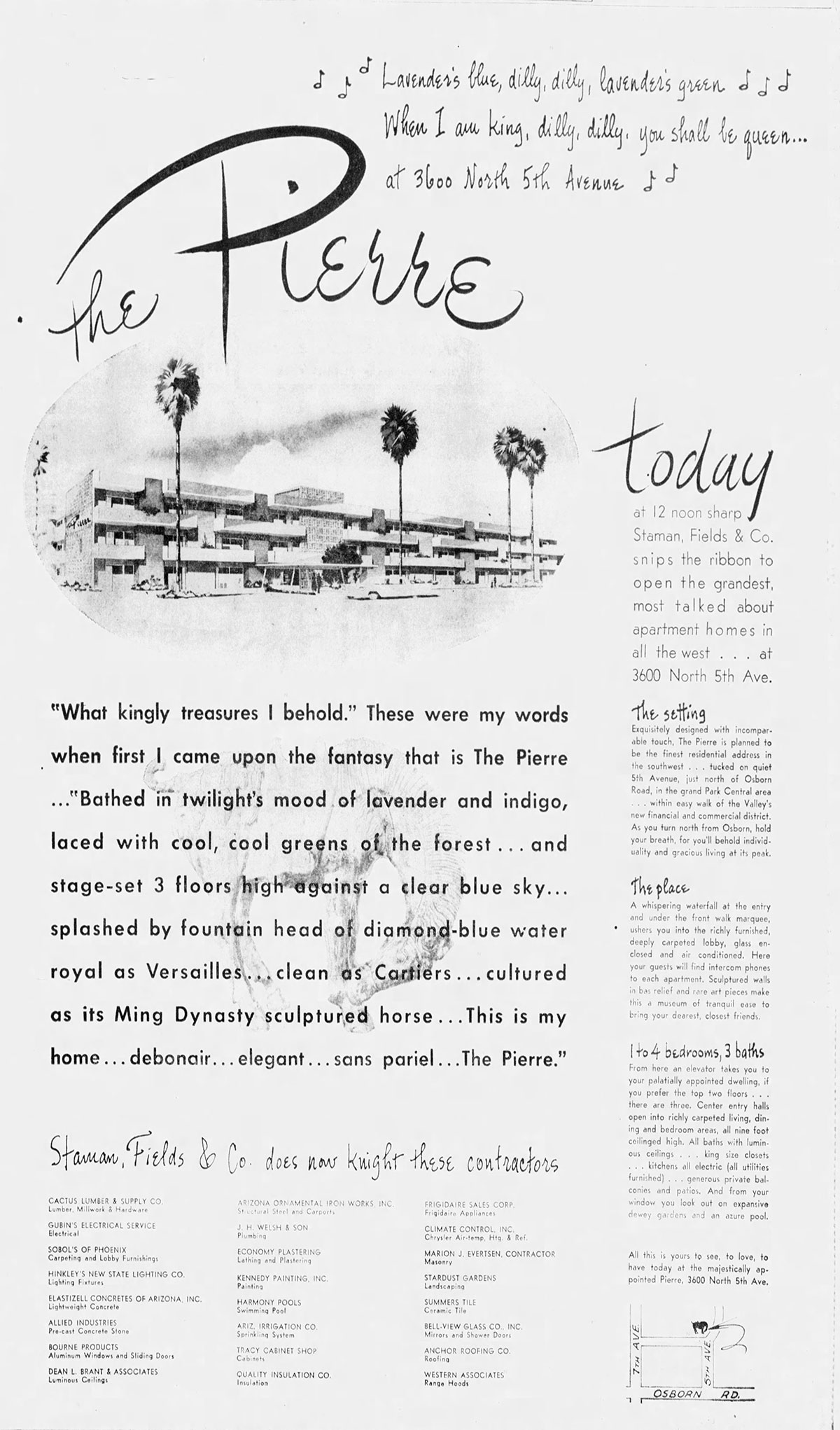 Marketing copy from a vintage ad: “Exquisitely designed with incomparable touch, The Pierre is planned to be the finest residential address in the southwest… tucked on quiet 5th Avenue, just north of Osborn Road, in the grand Park Central area… within easy walk of the Valley’s new financial and commercial district. As you turn north from Osborn, hold your breath, for you’ll behold individuality and gracious living at its peak.

A whispering waterfall at the entry and under the front walk marquee ushers you into the richly furnished, deeply carpeted lobby, glass enclosed and air conditioned. Here your guests will find intercom phones to each apartment. Sculptured walls in a bas relief and rare art pieces make this a museum of tranquil ease to bring your dearest, closest friends.” 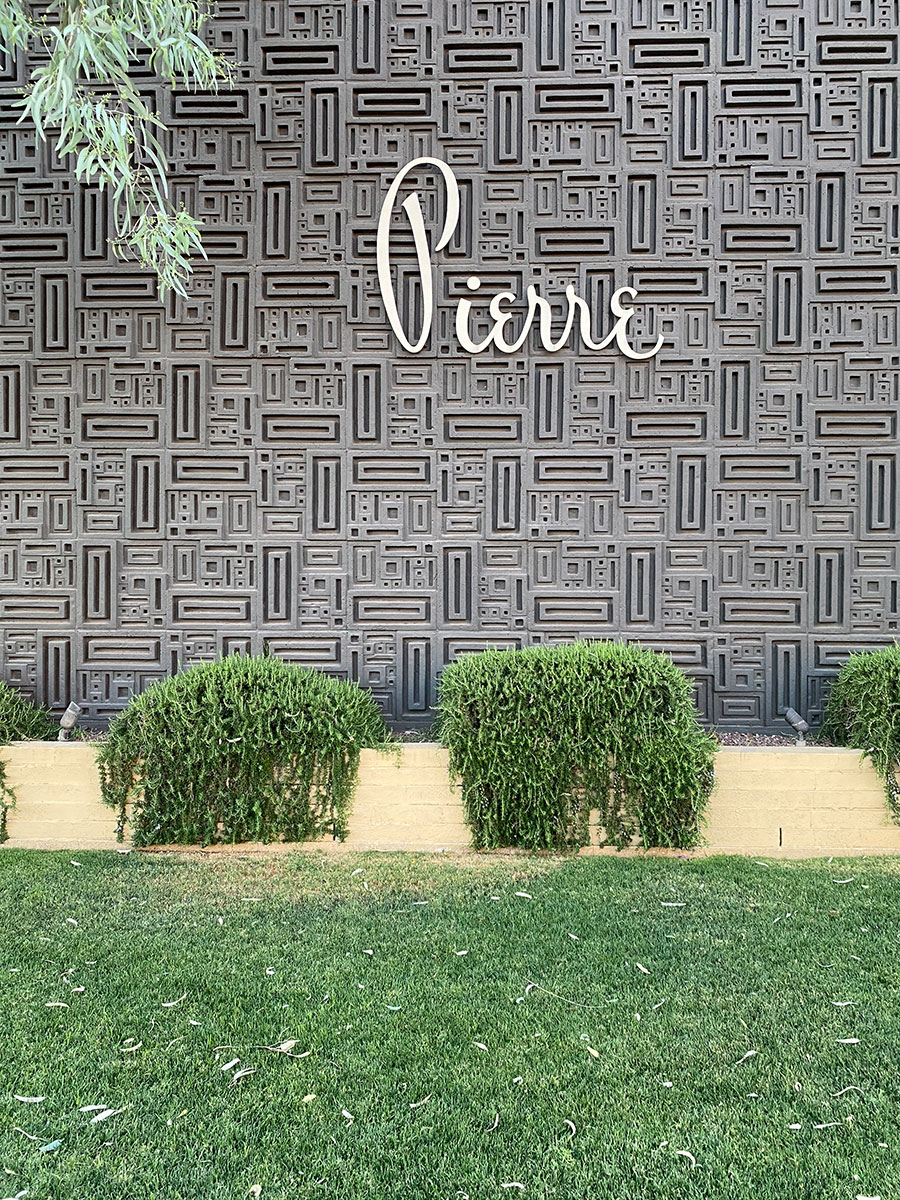 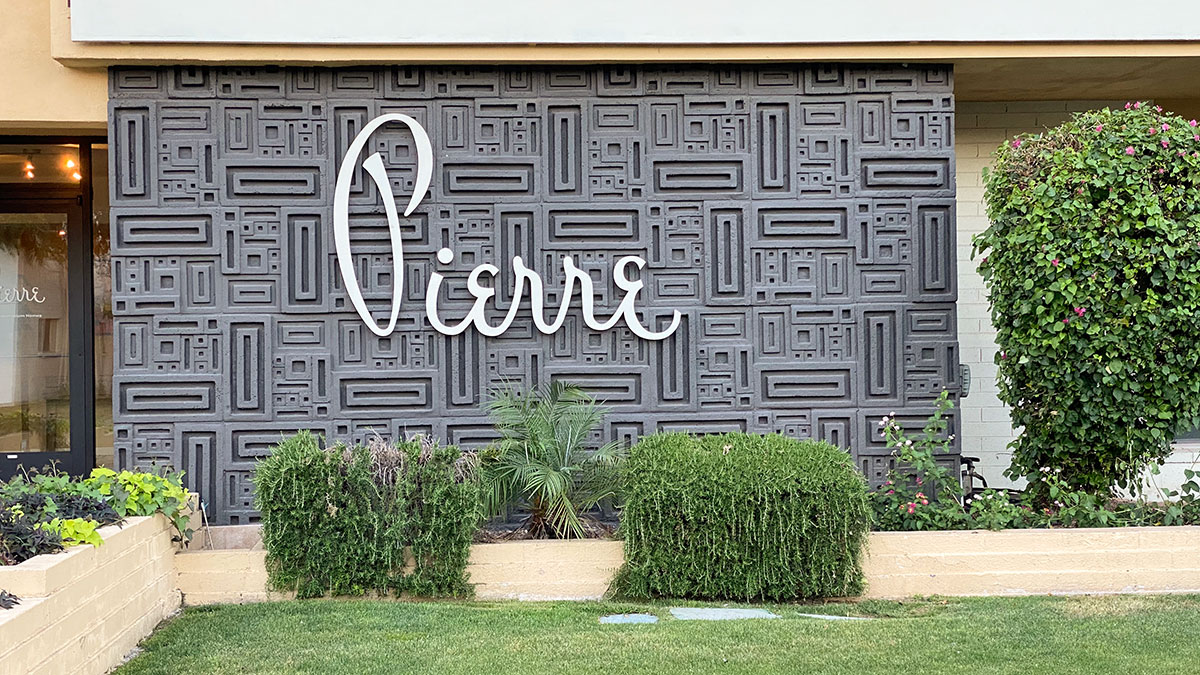 While the original marquee leading up to the curb has since been removed, it is a miracle how little has changed since 1961.

In 2012, the bas-relief was painted a neutral shade of buff.