Beadle House #8 on the south slope of Camelback Mountain

The Uhlmann House, aka Beadle House #8, was designed for the owners of the Safari Hotel in Scottsdale. A vintage photo here contrasts how little has changed over the last 50 years, but you'd be surprised how much can go on in that short time. 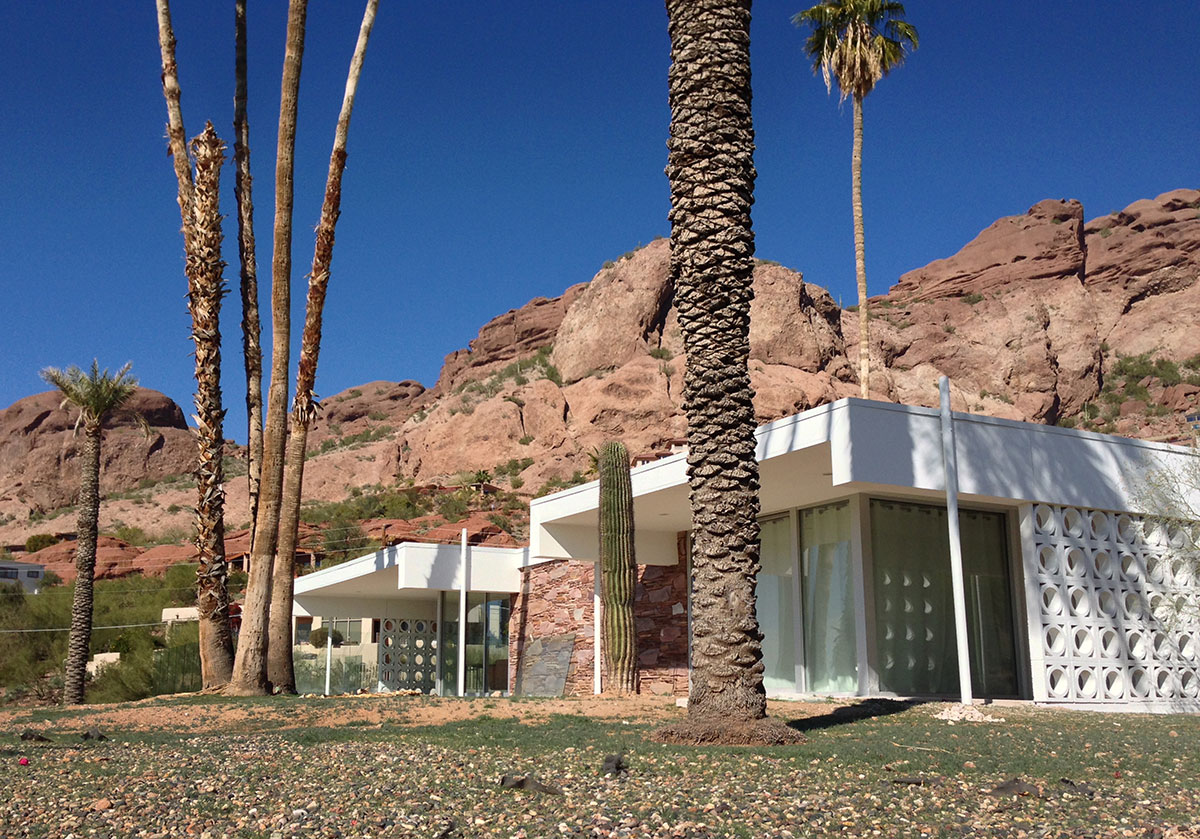 Here's the home in 2014. The son of the the original owners, who grew up in the house, reports that the original color scheme was in fact "pink and purple splendor" much in line with the Safari Hotel branding of the same era. This might explain why the fascia on the eaves and poles appear darker in the vintage photo above. 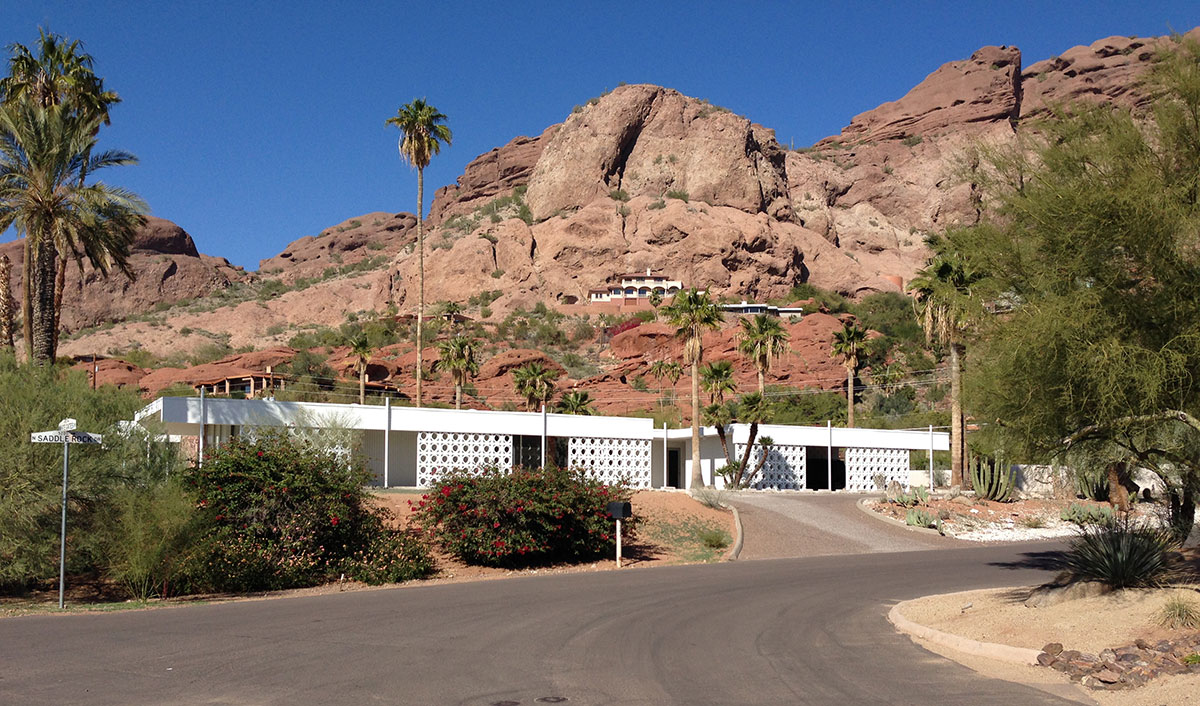 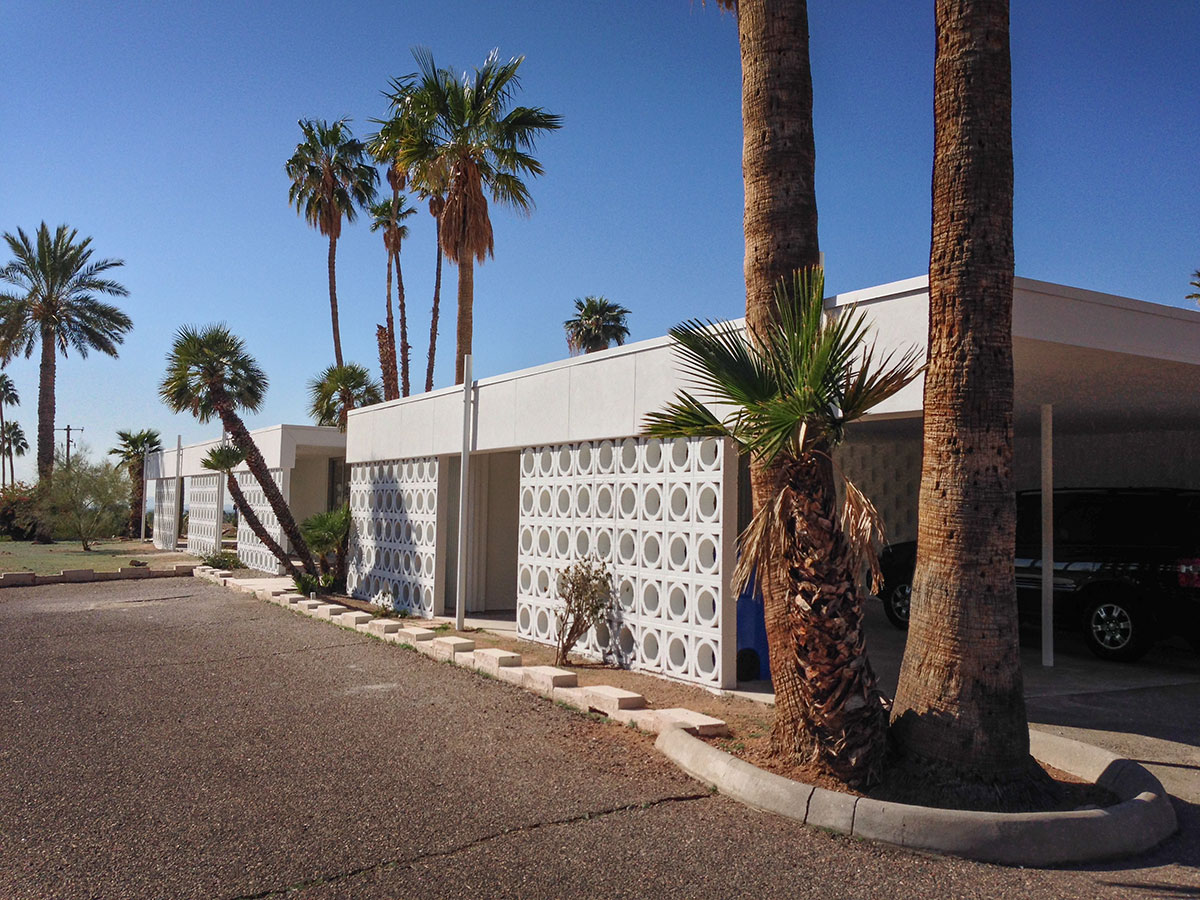 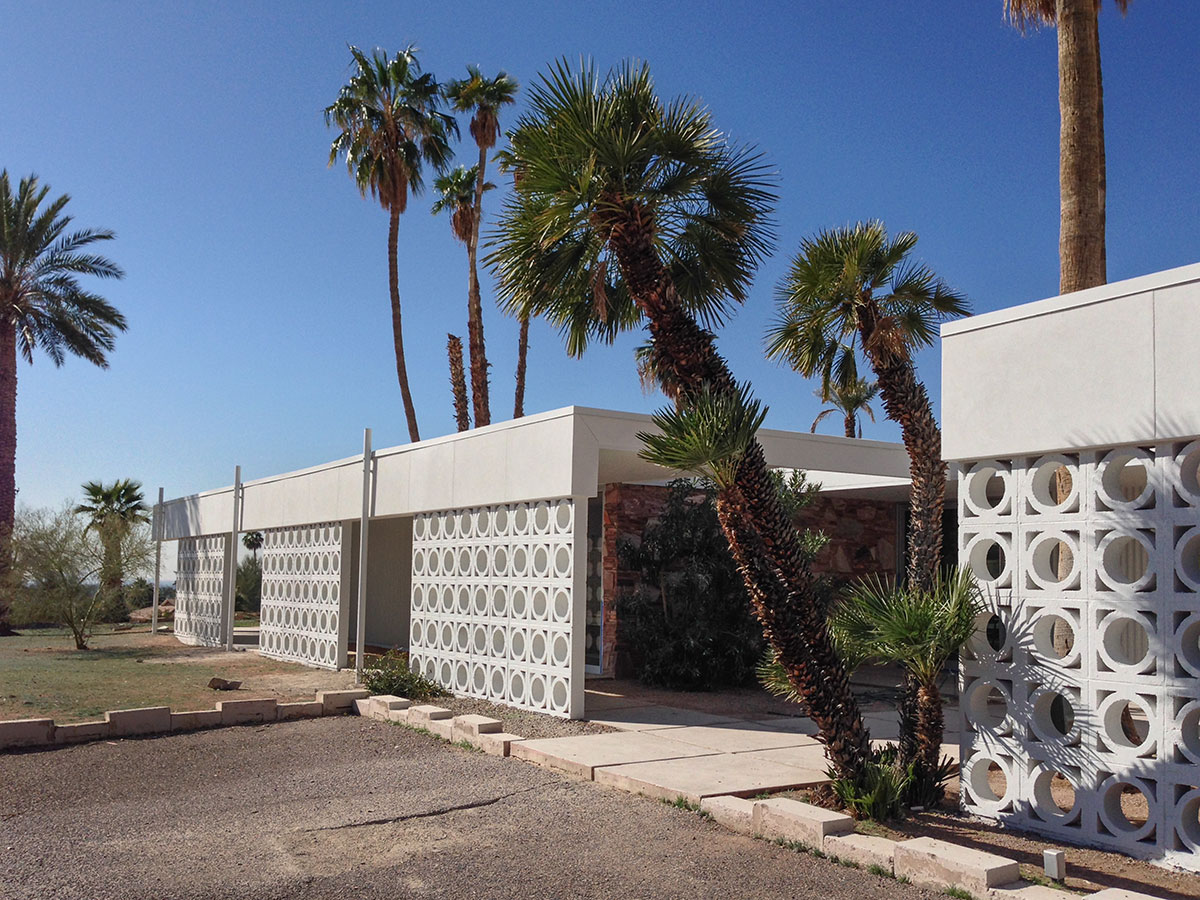 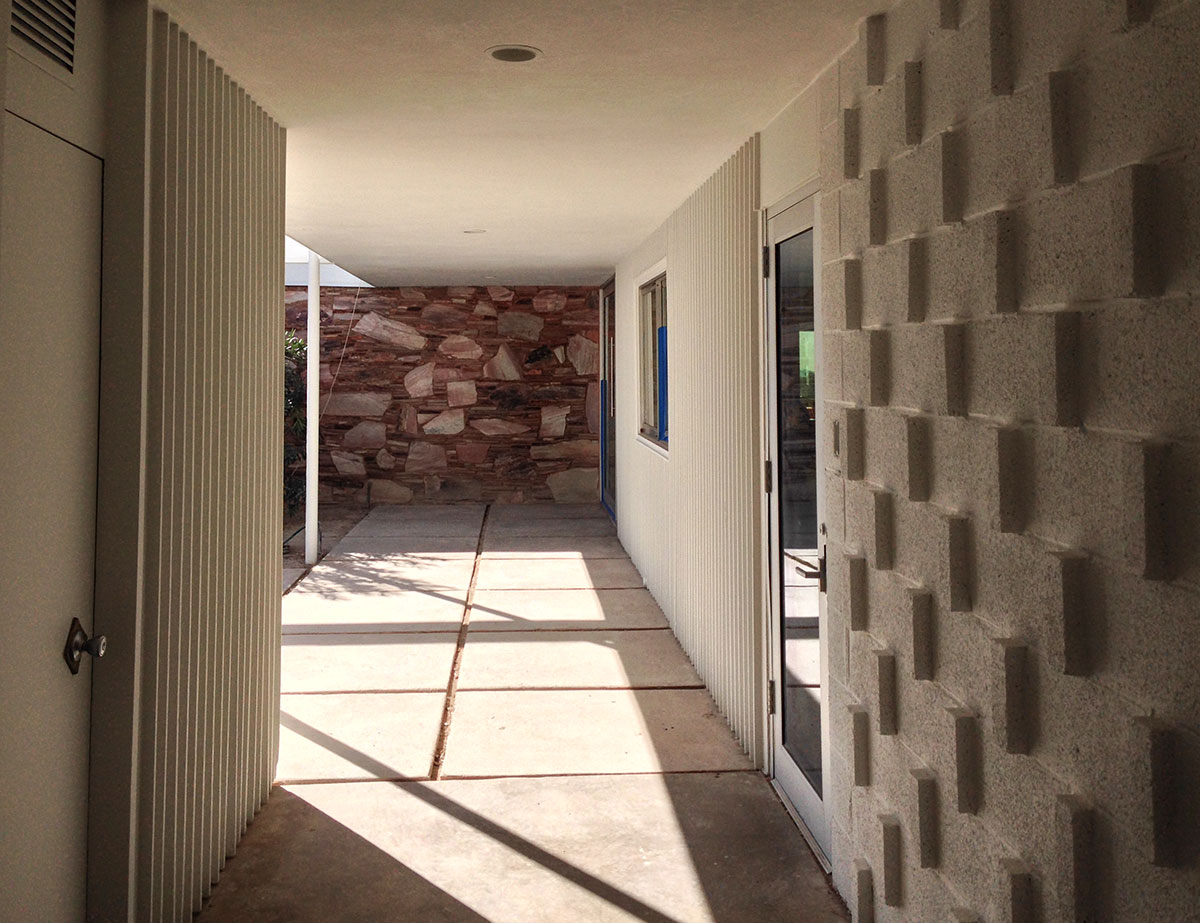 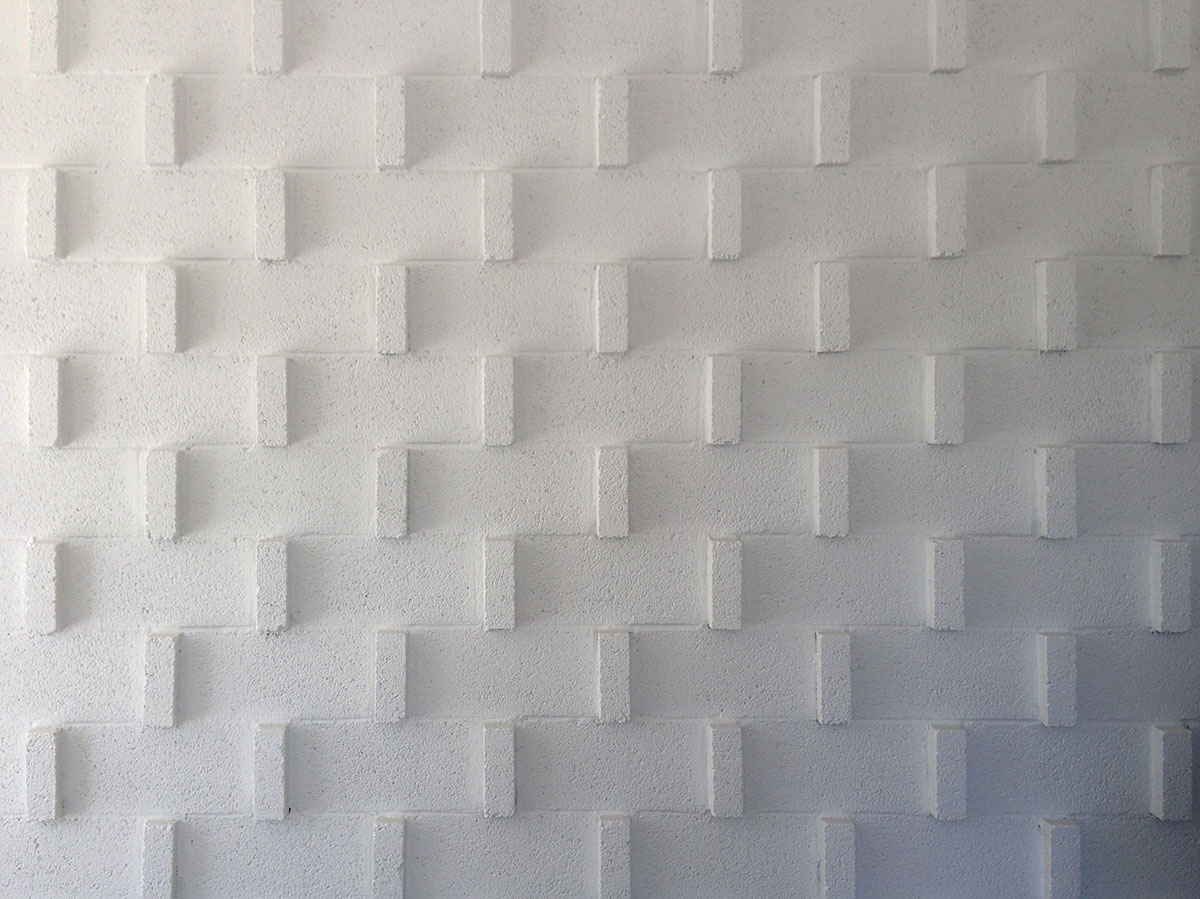 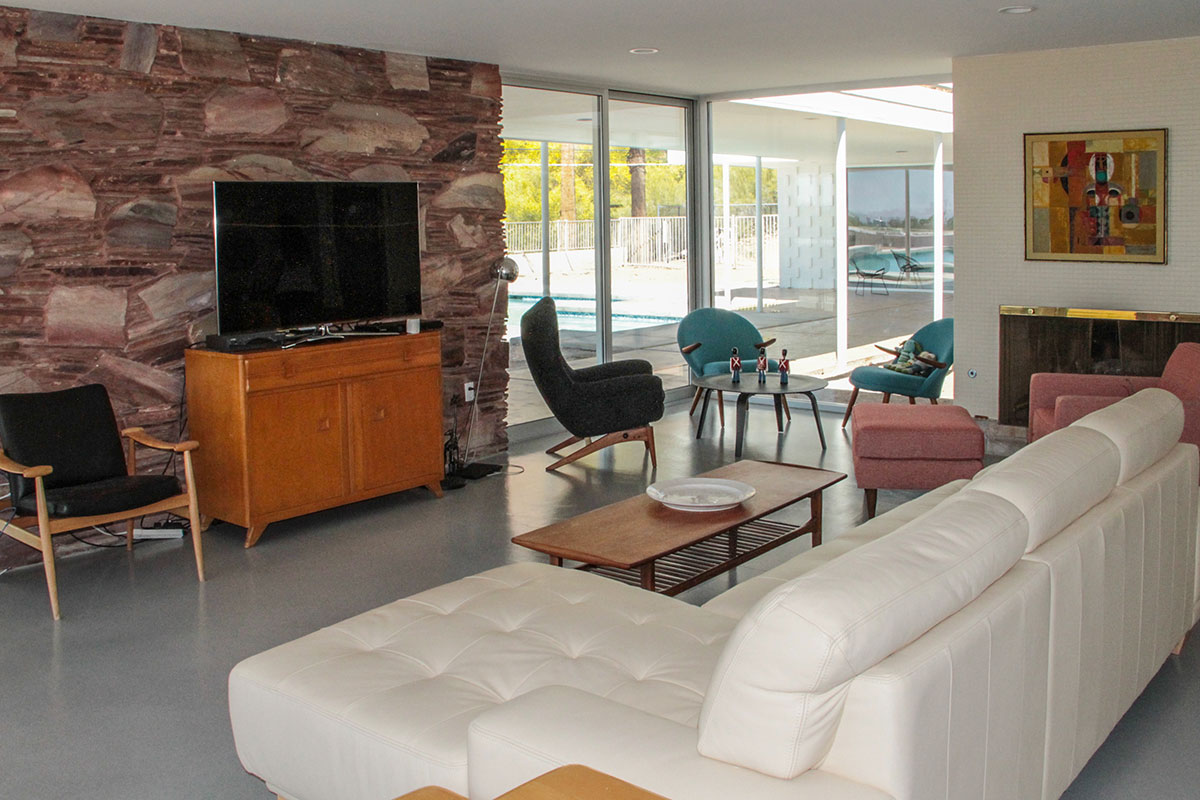 In 2014 the Uhlmann House was featured on the Modern Phoenix Home Tour. The community had been watching progress for years and was eager to experience the restoration. 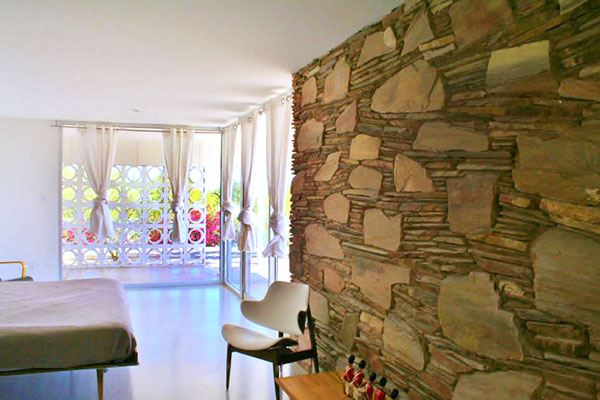 The use of native stone on the interior and superlite entryway with jutting bricks is similar to the Healy/Fearnow House of 1959. 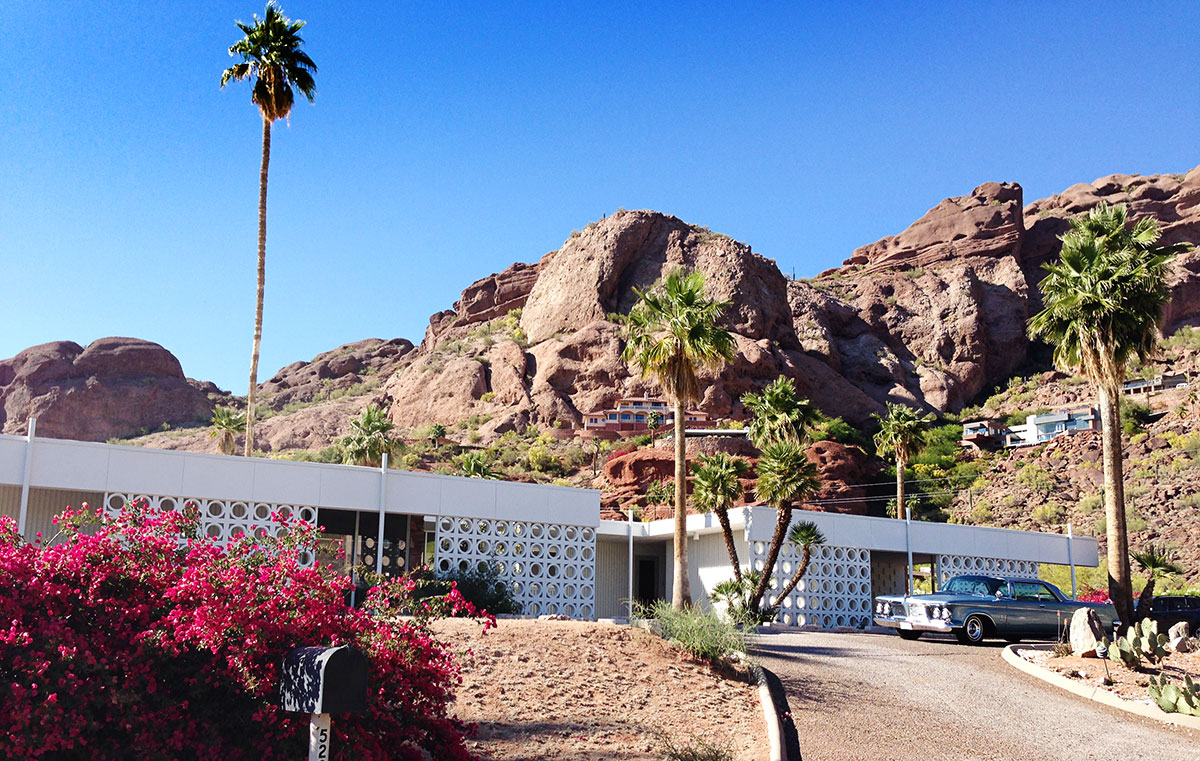 The property has slowly been rehabilitated since 2013, stripping back tons of stucco and taking good care to do it right. There were once six Beadle homes in the White Gates/Red Rock area and now only three of them are recognizable as such: it is believed that two were demolished for McMansions and the other evolved into one. 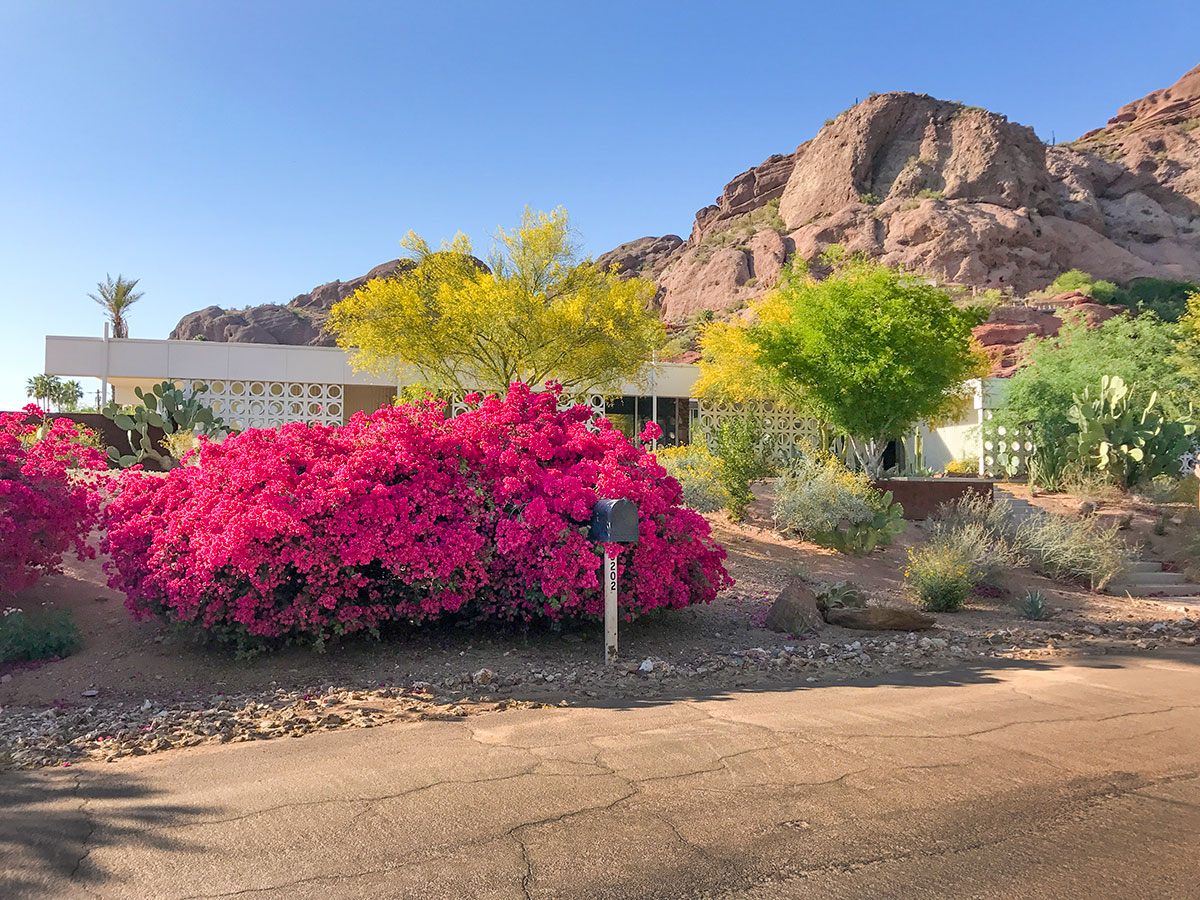 In 2016, the Uhlmann House's beige stucco concealed the character-defining breezeblock.