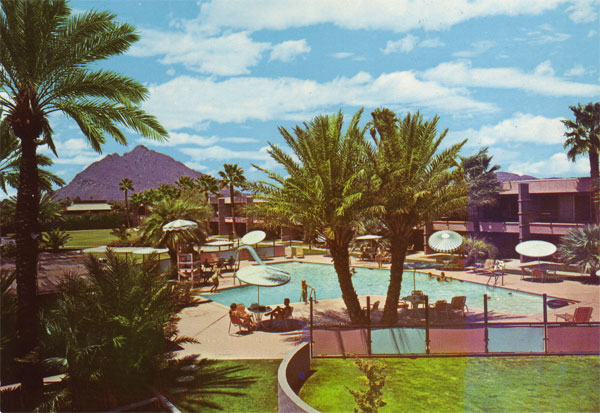 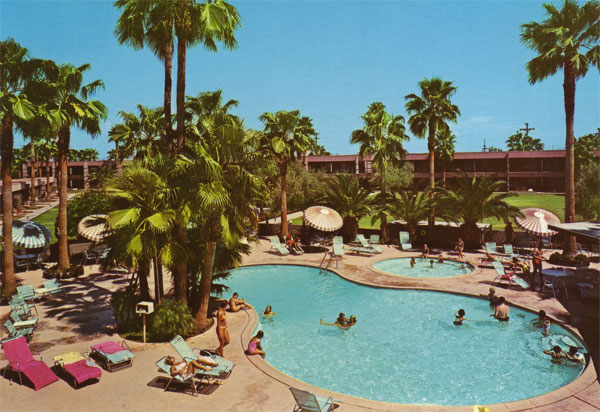 Paul Shank's curvaceous servers at the French Quarter were nicknamed "The Lovlies".

If anyone can tell us what is going on in this photograph, I'd be greatly indebted.
It appears to be pneumatic, but exactly what it is remains a puzzle.

The carpeting arrives from Western Floor Coverings, via VW Bus.

A publicity photo for the Phoenix Convention and Visitors Bureau 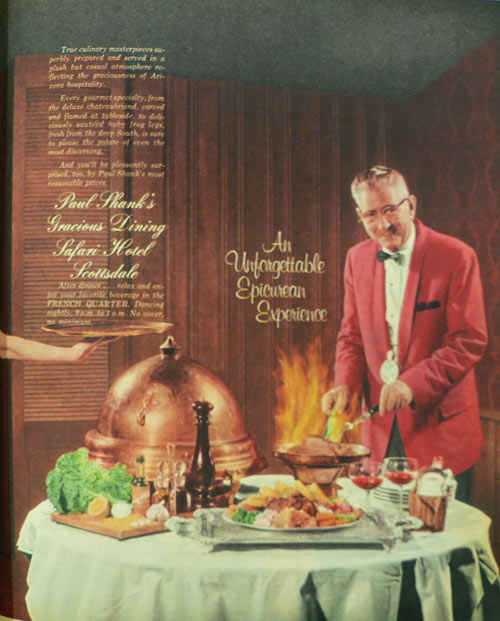 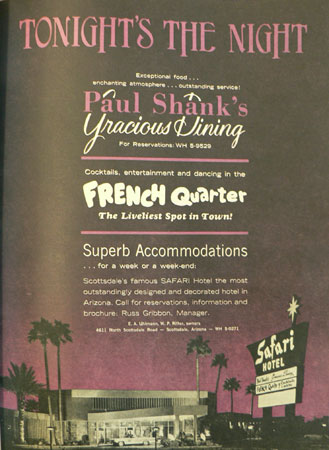 In the early 1970s there was massive flooding in Downtown Scottsdale.

They had to sandbag against the floods threatening to enter the lobby!

Many thanks to T.M. Uhlmann for his generous donation of this collection to the Modern Phoenix Archives