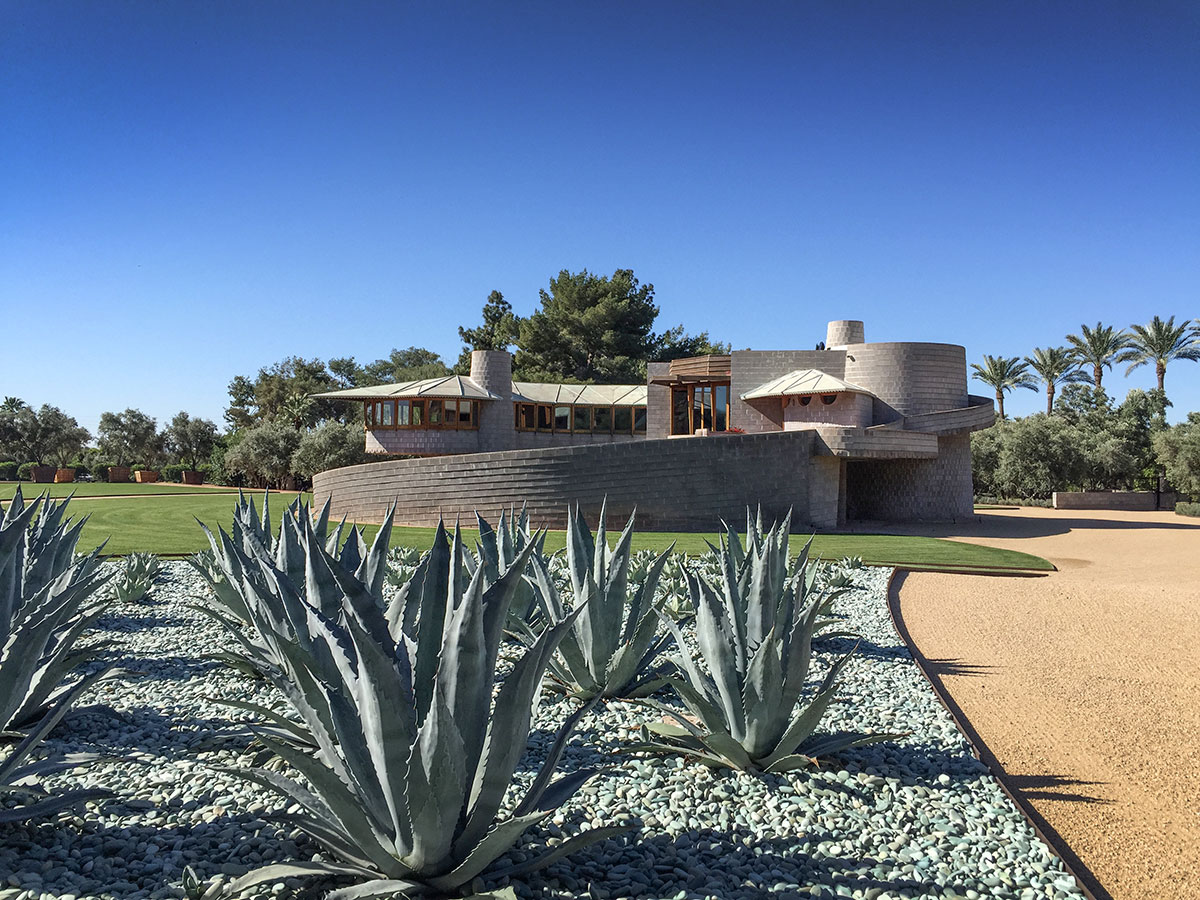 In Spring of 2012 Frank Lloyd Wright's David and Gladys Wright House was purchased by a developer and threatened with demolition to build luxury homes on the large lot in the Arcadia neighborhood of Phoenix.

Modern Phoenix partnered with The Frank Lloyd Wright Building Conservancy, Arizona Preservation Foundation, Taliesin West and the City of Phoenix to help ensure this architectural treasure could be appreciated by generations to come.

Although we had long been aware that the home was on the market, it had yet to find the right permanent owner. Awareness of the home's vulnerability started with an application at Phoenix City Development Services. The developers filed for permission to split the lot, featuring a property line that grazed within feet of the footprint of the home. Before the new owners closed escrow, the City of Phoenix initiated the HP-L (Historic Property - Landmark) investigation process and informed them of the procedure.

The events below chronicle the preservation struggle in the rough chronological order they developed and as information became publicly revealed. They are provided here as a first-hand chronicle of how various news agencies and groups reported the proceedings. Hindsight maybe 20/20 now but these links provide the events as they were perceived and happening in real time. The struggle entered its next phase in December of 2012 when a philanthropist purchased the home with plans to make it accessible to the public. Here's how we got there.

The late great Frank Henry, Studio Master Emeritus of Taliesin, was instrumental in helping the public and developers understand the importance of saving the David Wright House. He testified at City Hall and presented slides in public forums to provide context and background on the home's importance. "If the home is demolished it will not be gone forever. It will leave a scar on the earth."

Will Bruder on the ramp of Wright's hemicycle home.

Though demolition was not completely off the table, effort to think outside the original lot split plan was appreciated. The developer described a plan to build two more homes on the lot.

Will Bruder, Taz Loomans, Christina Noble, Alison King and Scott and Debbie Jarson were among the 20 or so guests who previewed the developer's plans to build two additional homes on the lot. Will was among several architects to offer additional solutions for consideration.

When the community learned that a demolition permit had been mistakenly issued for a property already undergoing review for HP-L designation, the City of Phoenix sent out security to ensure there wasn't any illegal activity on site. Modern Phoenix members kept eyes on the street during an organized "Wright Watch" well before and during this vulnerable period.

On the weekend the developers held an impromptu Open House, oddly with no price listed for sale. Thousands of guests streamed into the property for a tour. Modern Phoenix was not invited in the outreach, and some of our members were banned from the site, but we caught wind of the open house and invited 4000+ of our closest friends to come visit. Donna Reiner, Jim McPherson, Scott Jarson and Alison King were among the citizens out on the easement in front of the David Wright home collecting signatures to encourage a positive outcome for preservation.

Attendance at the open house event was fueled by a wide-reaching social media campaign to encourage people to assess the situation and decide for themselves what side of the issue they stood on. Hundreds of petition signatures were gathered in favor of preservation by activists that weekend.

Conversation was lively as people experienced the structure for the first time.

Property owner Steve Sells of 8081 Meridian (in yellow, above) explained his plans to the public. 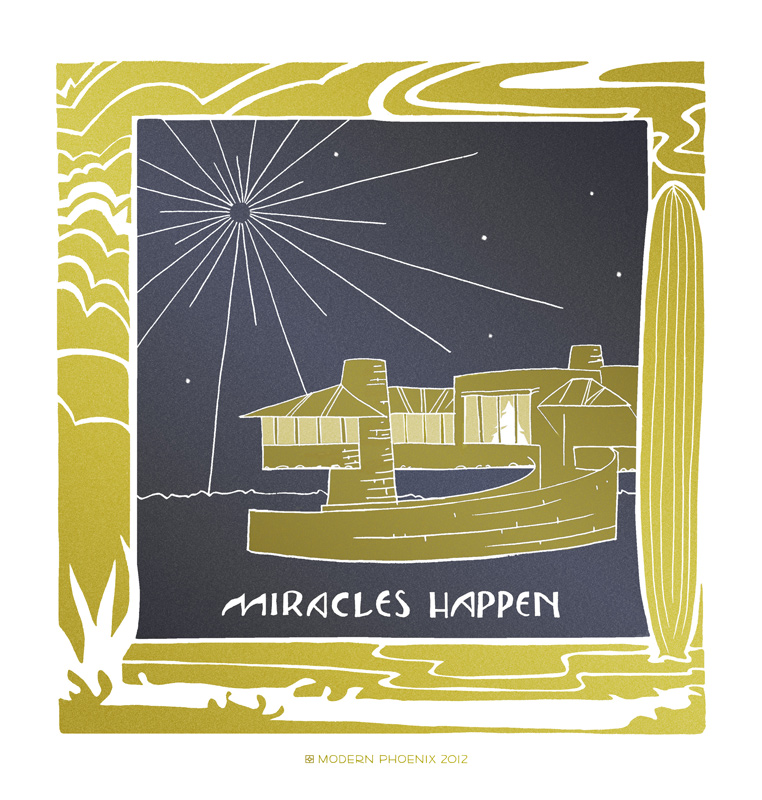 “Historic preservation is critical for our city. How we preserve our past says a lot about our future. Thank you to Larry Woodin and Janet Halstead and other professionals at the Frank Lloyd Wright Conservancy Board. They believed in the importance of this home and the people of this city by partnering with my office. We developed a close working relationship in this process and we stand ready to help them with landmark designation, restoration and a conservation easement so that this important piece of our Phoenix history and the Frank Lloyd Wright legacy will be preserved for generations to come.” - Mayor Greg Stanton, December 20. 2012

The vote for Landmark Designation is projected to happen in Fall 2015. The Phoenix City Council needs to hear what you think about landmark designation. Please write, email, telegram or call your councilman and the mayor here. You may also register your support here. If voted through by City Council, the David and Gladys Wright House is sure to become a cultural resource that Phoenicians will treasure for decades to come. The vote will likely be close, so weigh in on the future of your city.

Modern Phoenix is grateful for all those who have signed the petitions, are writing their Councilmen and attending the events. You can become a fan of the David and Gladys Wright House by linking them on Facebook. Subscribe to Arizona Preservation Foundation, Modern Phoenix, Blooming Rock and the Save the David & Gladys Wright Group on Facebook to keep abreast of issues as they develop.