In October of 2015 the Postwar Architecture Task Force of Greater Phoenix hosted their 5th consecutive Docomomo US Tour Day.

The Olympus by architects Chopas and Starkovich used to be called the Monarch Apartments, in affiliation with the Monarch Tile Company who developed the project.

The barrel vaults are a distinguishing feature not often found in Phoenix. It is a common misconception that the style of the Olympus is supposed to be Grecian. The architects actually used an eclectic pastiche of Roman and French styles; Greeks did not make arches like these!

Before it was The Monarch, the original name for the complex's concept was La Petite Maison, which explains the Fleur-de-lis breezeblock.

Penthouse view across the roof garden at the Olympus.

Regal door at the Olympus.

Resident Janet Traylor hosted the tour group in the Olympus Pool house. She has been instrumental in spearheading some of the recent property improvements.

Research from vintage newspapers and consultations with local architects and designers are helping to bring the Olympus back into alignment with its original vision.

Few but invited guests get to venture beyond the gates at the Phoenix Country Club. Behind this modest facade lies one of the Valley's best-preserved time capsules, designed by Jake A. Knapp.

Hearing stories from the owner's son was a real hit of the tour.

The bedrooms were designed for grandchildren, not children. The girl's bathroom was in Maymie Pink.

This pink tub style is called a Hollywood Tub. The boy's bathroom was of course blue.

The Phoenix Country Club by Varney and Sexton has been remodeled several times over the years. Architect Peter Lendrum receives much of the credit for the Club's design. This modern port-cochere is a recent addition.

The rear of the Club gives a better view of the original waffle roof by Varney's firm. 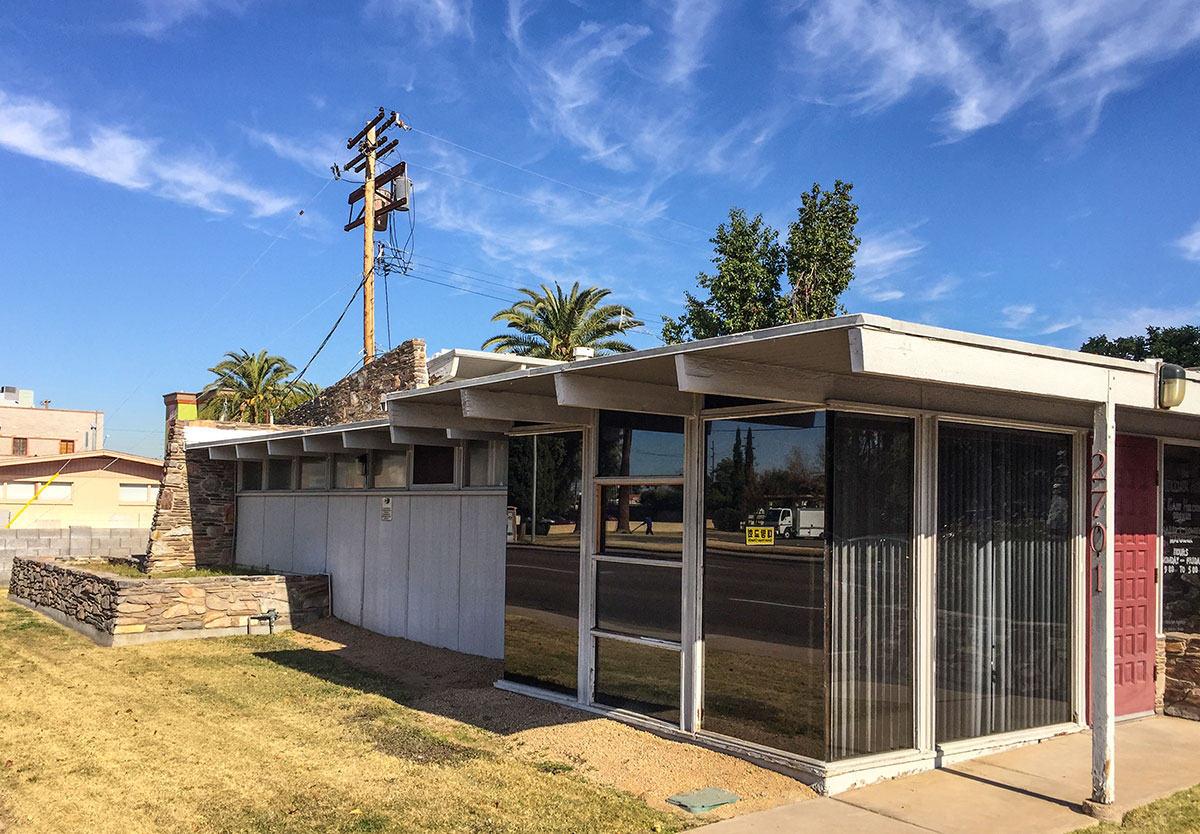 The Conn and Candlin Office aka Mario Romero/Melcher Agency by John Sing Tang features a south facing shed roof that lets in lots of light to a common office pool area. 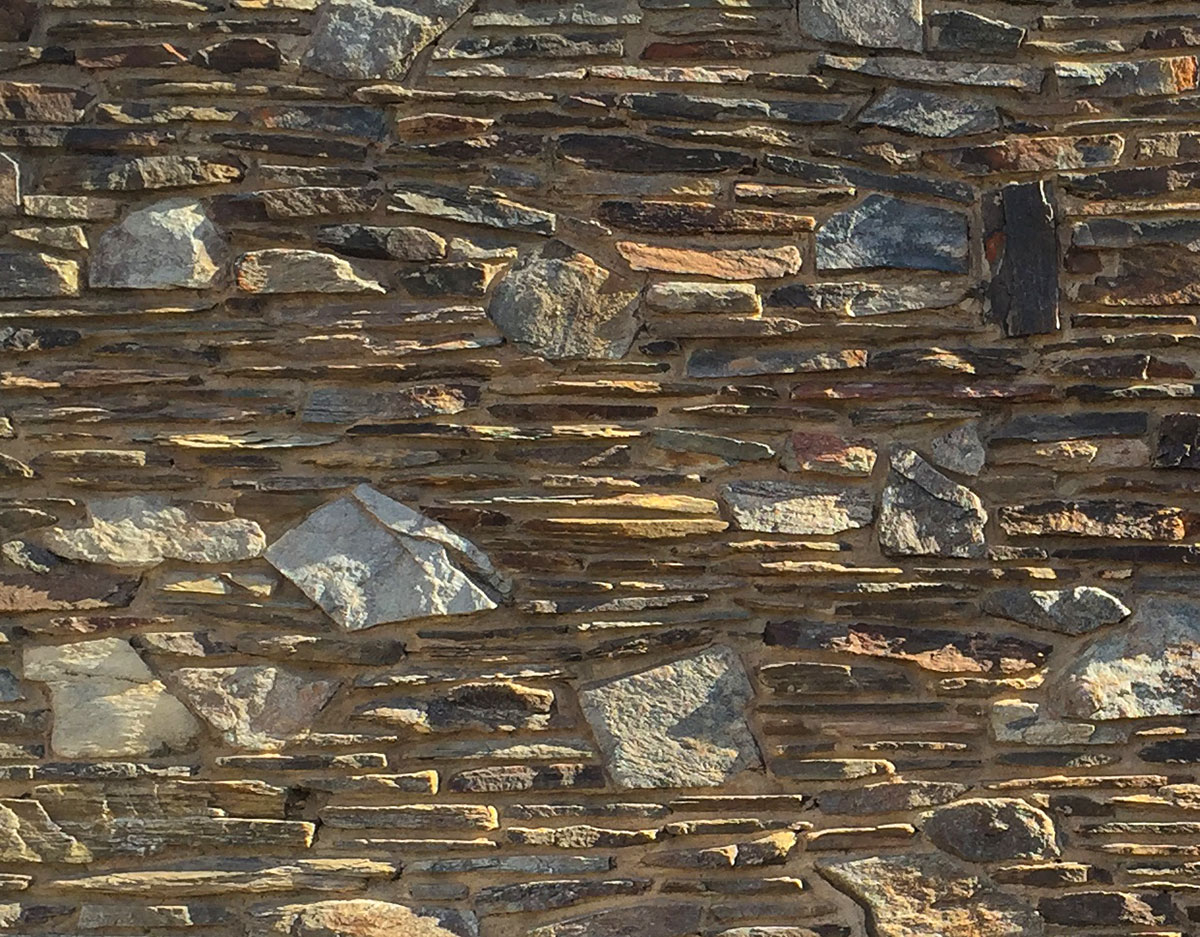 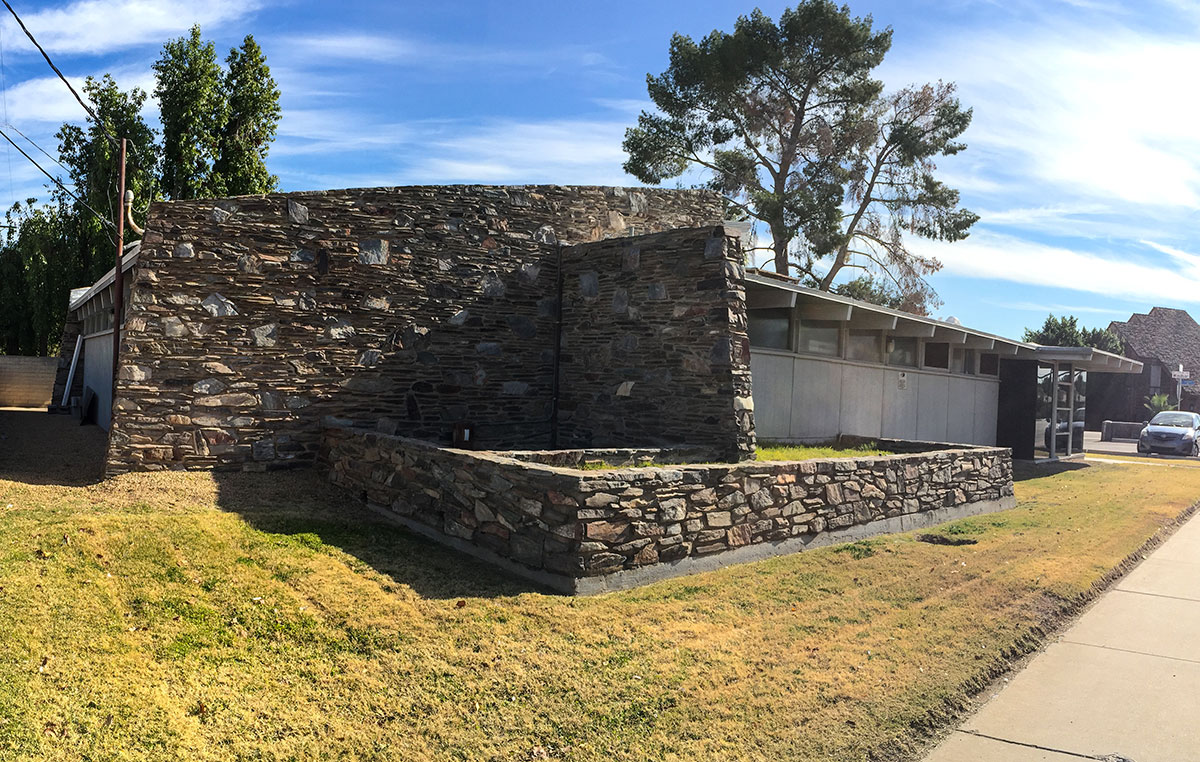 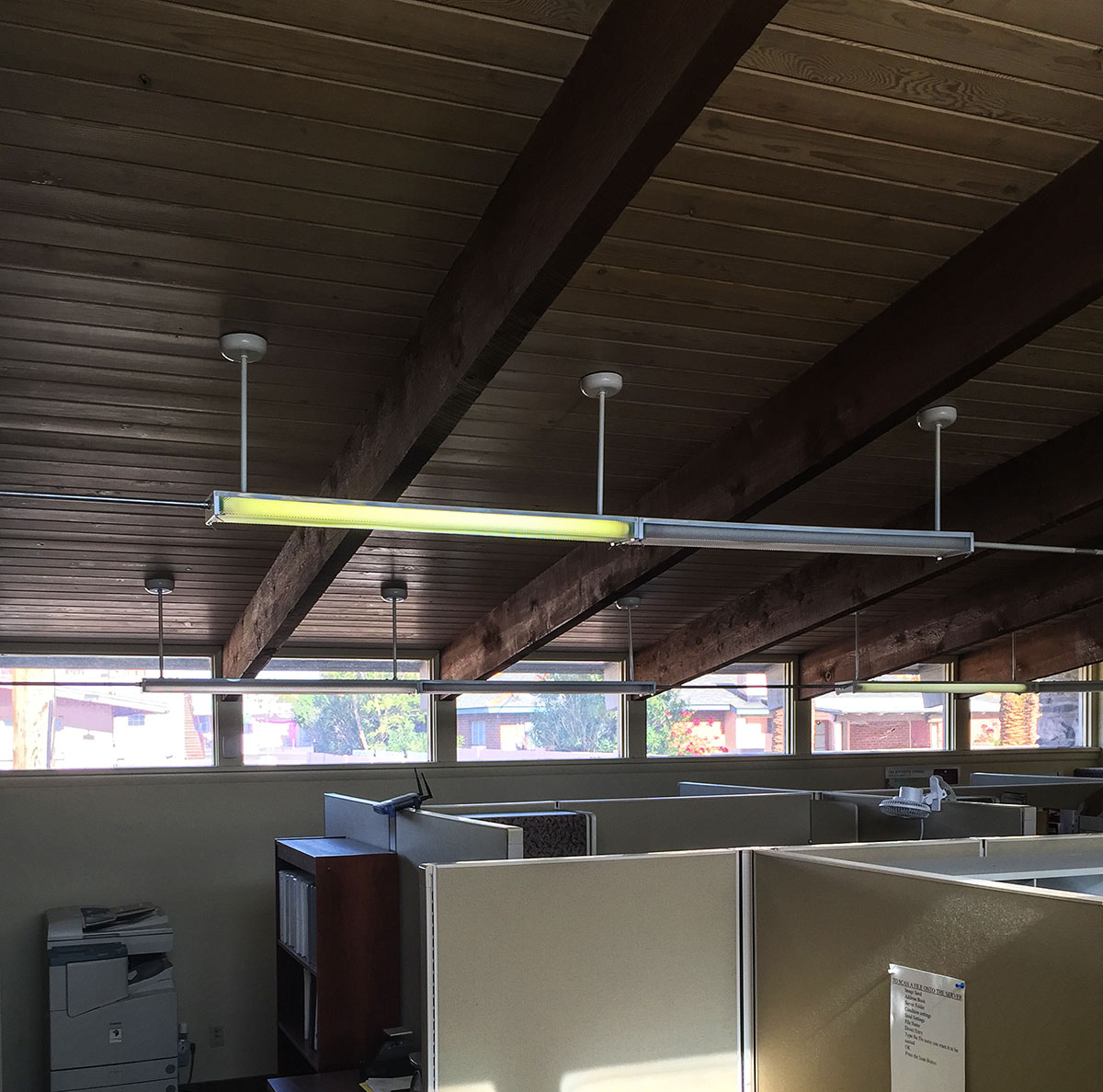 Clerestory windows let in light from both north and south faces. 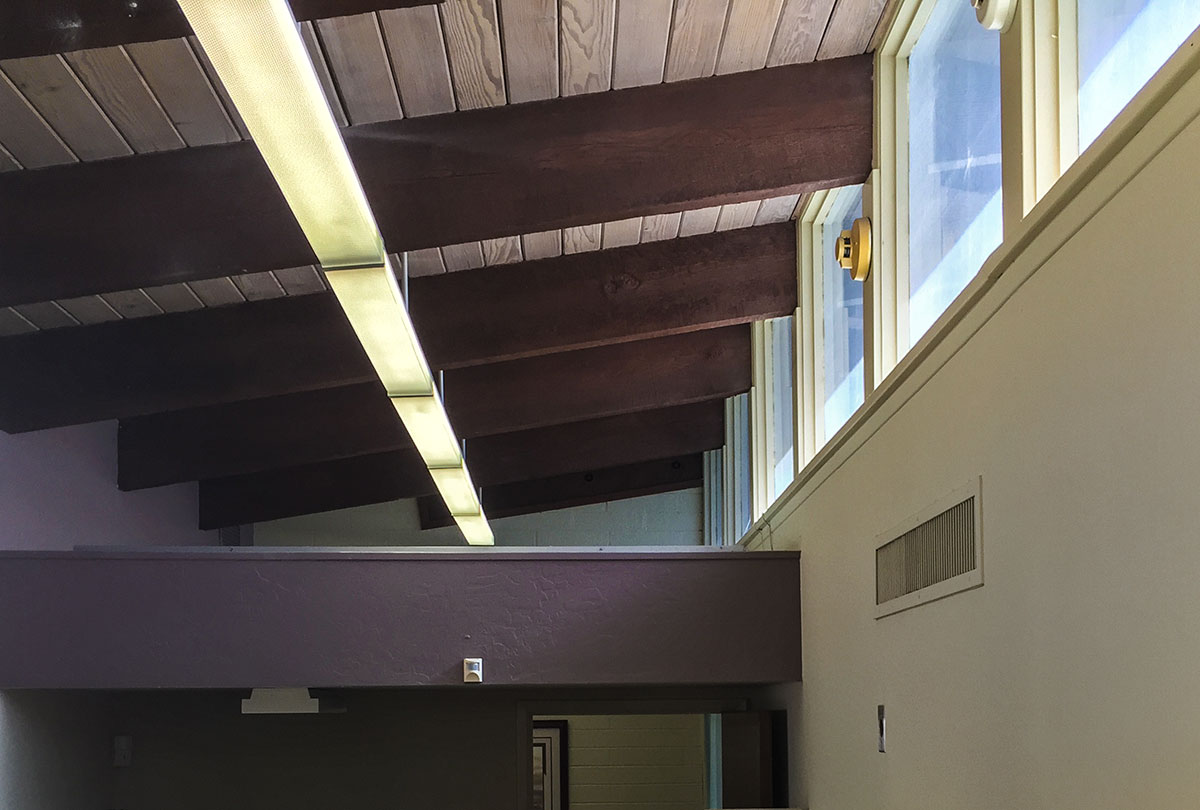 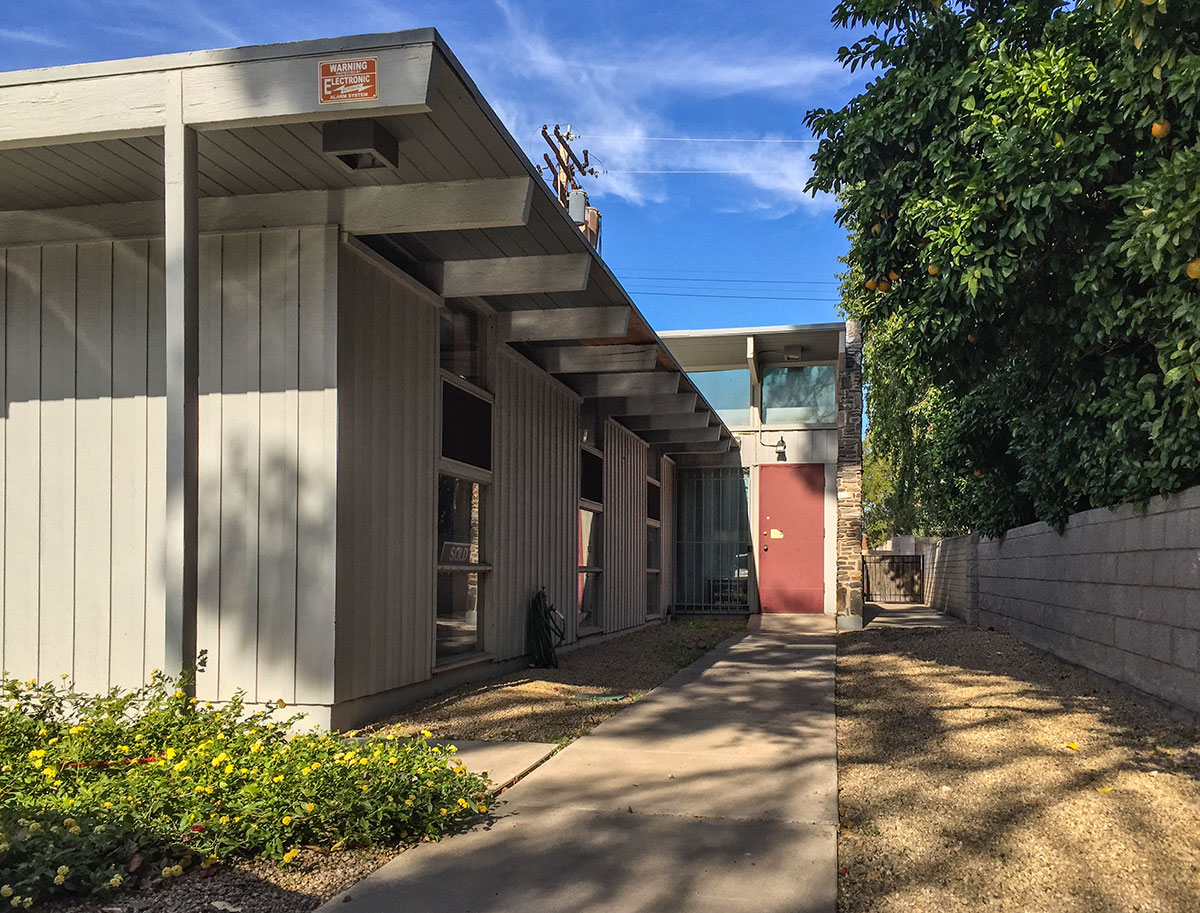 Three of the offices have east-facing T-shaped windows.

Mario Romero says he'll place his office building on the historic register so it receives extra protection. We hope so, because in 2016 the property made the Postwar Architecture Task Force's Top 25 List of eligible yet unprotected midcentury commercial properties in Phoenix.

Donna Reiner, at center in pink, was the tour's knowledgeable guide.